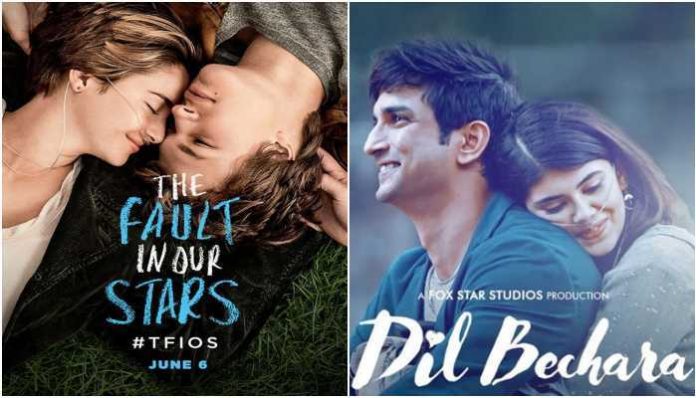 Dil Bechara When and Where to Watch: Sushant Singh Rajput’s Final Film Dil Bechara is based on Fault in our Stars by John Green. Dil Bechara is trending and fans are eagerly waiting to watch the movie. The film will premiere on Disney+ Hotstar in India. Hotstar in the USA, UK, and Canada for subscribers and non-subscribers at 7:30 pm.

Announcing the film’s release time, Mukesh Chhabra wrote on Instagram, “We want to make this even more special for everyone. Lock the date and time. Let’s all watch it together, the premiere of the film, same time, different places (your homes). But as one audience as a whole. This one for #SushantSinghRajput ❤️”

Remembering Sushant, Ankita wrote: “Keep smiling. Wherever you are.” Ankita also shared a photo of a candle in front of a shrine along with the note. Ankita Lokhande and Sushant Singh Rajput shot to fame after co-starring in Balaji Telefilms-produced Pavitra Rishta. Cast as lovers in the show, they dated for six years.

Well known Casting Director Mukesh Chabbra who has cast Sushant Singh Rajput in his first film Kai Po Che. Sushant Singh Rajput and Sanjana Sanghi’s is the remake of, “The Fault in Our Stars”. Dil Bechara was set to be released this year in May. But due to Lockdown and Coronavirus Film was delayed to release. On the other hand, where fans are demanding CBI inquiry, his last film is all set to be a blockbuster.

For Other Such Latest Updates :

MNP News - 19/10/2022 0
DIC Recruitment 2022: Digital India Corporation is a not for profit Company set up by Ministry of Electronics and Information Technology (MeitY),...

MNP News - 16/08/2022 0
Free IBPS RRB Mock Test: The Institute of Banking Personnel Selection (IBPS) is a central recruitment agency under the ownership of Ministry of Finance, Government of India that was started with...

MNP News - 31/10/2022 0
Rolls Royce Hiring: Rolls-Royce was a British luxury car and later an aero-engine manufacturing business established in 1904 in Manchester by the...

MNP News - 29/10/2022 0
Accenture Recruitment 2022: Accenture plc is an Irish-American professional services company based in Dublin, specializing in information technology services and consulting. A...

Major Staff Reduction in IT Companies | Cutting Staff in Times...